University of hong kong
"Vniversity" of Hong Kong
On HKU’s Tang Chi Ngong School of Chinese building, the English word “University” is spelt rather strangely. It isn't a typo, but there is a creepy origin story to the spelling. Legend states that during the Japanese occupation, King’s College was a place of torture and execution of victims. Many innocent people were hung under the shades of these very same trees. Recently, when the sign was built, the construction workers found that no matter what they did, the letter “U” never stayed upright. Day after day, the ”U” came crashing to the ground. Apparently, this is because the letter of the alphabet looks similar to the hangman’s noose, and ghosts filled with hatred for their unjust deaths have been angered into attacking it. Thereafter, the “U” was replaced with a “V” and it didn't fall again.
The Cursed Statues of University Hall
Initially a residence for a Scottish watchmaker in 1864, the building in Pok Fu Lam was purchased by HKU in 1954 as a residence hall. Ghost stories passed down through the generations of occupants, and it's said that the animal statues guarding the main entrance are cursed. Infamously, anyone who touches the statues also become cursed, never graduating. Now students don't go near the part elephant and part lion creature.﻿ 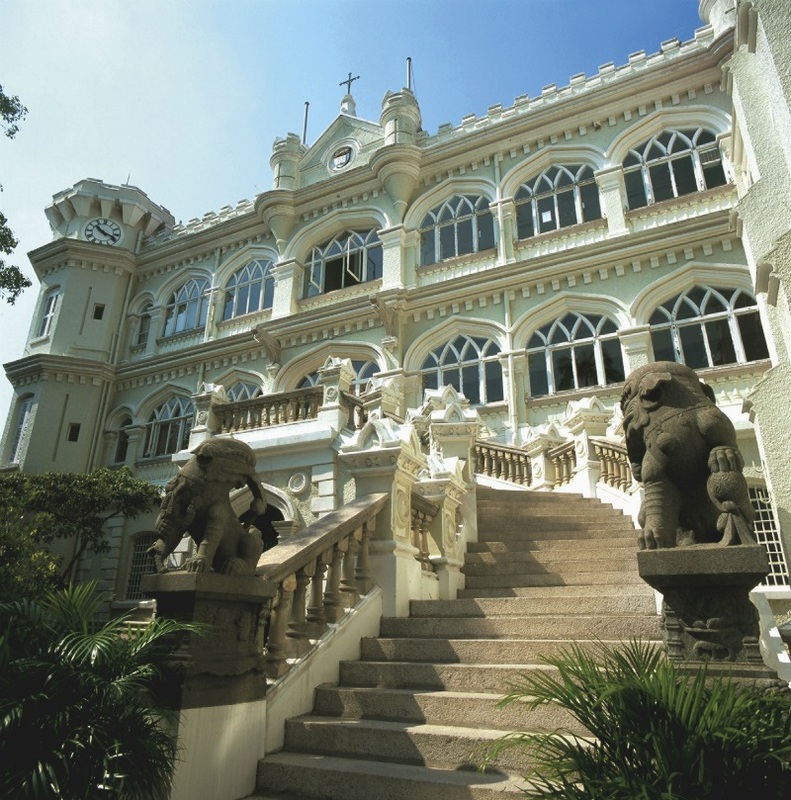 Image: www.timeout.com.hk
Chinese University
Single-Braided Path
According to a CUHK student blogger, nobody from the Chinese University doesn’t know about the Single Braided Path. The story goes that a long time ago, an immigrant from China jumped off the train near the university in an attempt to illegally enter Hong Kong. But her braids were trapped in the train door. Her scalp and face were torn off and she died. Since then, some students have seen a girl with braids on both sides of her head wandering around on one specific path behind the university. Students avoid the place after dark. 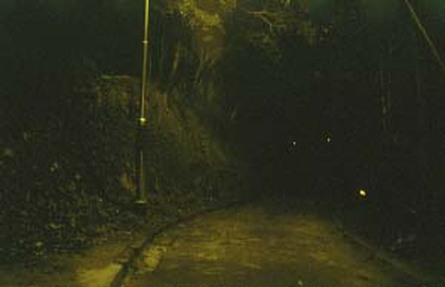 Lotus Pool
This is another chilling story that occurs on Chinese University’s campus. Although we think this is more likely a tale told to mess with freshmen at Orientation, it doesn’t take away from the spooky detail of the myth. It was said that a young couple arranged to meet one night at the Lotus Pool at 10 o’ clock, to run away from their family’s disapproval of their love. The girl waited for a long time, but the boy never showed up. She jumped into the pool in despair and drowned. It’s said by the students of Chinese University that boys passing by this pool will be dragged in by the spirit of this drowned girl if they answer “10 o’clock” when asked by the ghost what time it is. 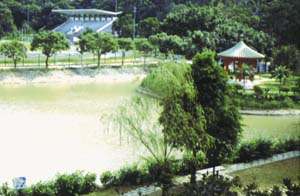 St Stephen's College, Stanley
The St. Stephen's College massacre were acts of cruelty committed by the Imperial Army on December 25th, 1941. Several hours before the British surrendered Hong Kong, Japanese soldiers entered the school and marched away the doctors, who were later found mutilated. The soldiers bayoneted the wounded soldiers who were found in their beds (as they were incapable of hiding) and imprisoned the nurses upstairs. Many of these nurses were dragged off to be gang raped. The next morning, the bodies were all burned in the courtyard of the building.