The Mitsukoshi Department Store
Between 1981 and 2006, the Japanese mall in Causeway Bay caused various security guards to report children's voices at night. Staff also found toys moving around the kid section occasionally. It turns out, the building had been built on an old burial grounds where executed people were laid. Today, the Mitsukoshi department is better known as Hysan Place.
MTR Suicide
In the 80s, a young woman jumped onto the tracks of Yau Ma Tei station as the train arrived. People reported hearing a piercing scream, and the train driver claimed the train hit a jolting bump. But when medical personnel and security arrived, they found no body and not even a drop of blood. The investigation did not find any leads, and this incident was written off as a "collective hallucination."
Shouson Hill
In the early 20th century, Shouson Hill was used as a sentry post and bunker for the British troops. This area was essential for the troops to keep an eye on Deep Water Bay, Aberdeen, and the area that is now occupied by Ocean Park. However, when the Japanese came to Hong Kong, locals were forced to evacuate the area to avoid air assault. There are air raid shelters and bunkers embedded all over the hill. Nowadays, most of the bunkers have been torn down or renovated to accommodate the wealthy but there are still some areas that have not been touched as they are believed to be haunted with the ghosts of soldiers that died in battle against the Japanese.

This is particularly sinister for me (Charlotte) as I live in the U.S. Consulate housing complex on Shouson Hill. Nothing too strange or ominous has happened to me while I’ve lived here, but I have heard stories from other tenants from elsewhere on the hill. For example, one family friend had seen a particular spirit in one of the properties of Shouson Hill Road East, and domestic helpers had also reportedly seen a spirit with the same appearance. Now, I don’t know if this is someone playing a prank or a result of mob mentality but it was pretty creepy hearing about it nonetheless. 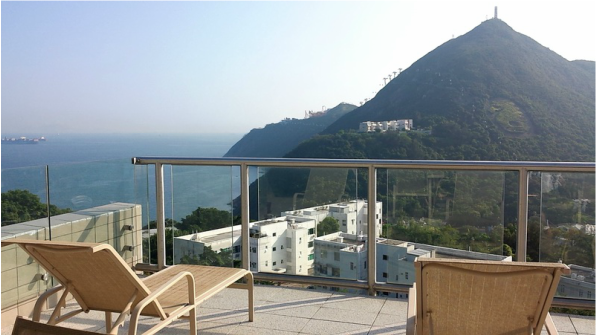 A view of Ocean Park and Deep Water Bay from Charlotte's balcony. 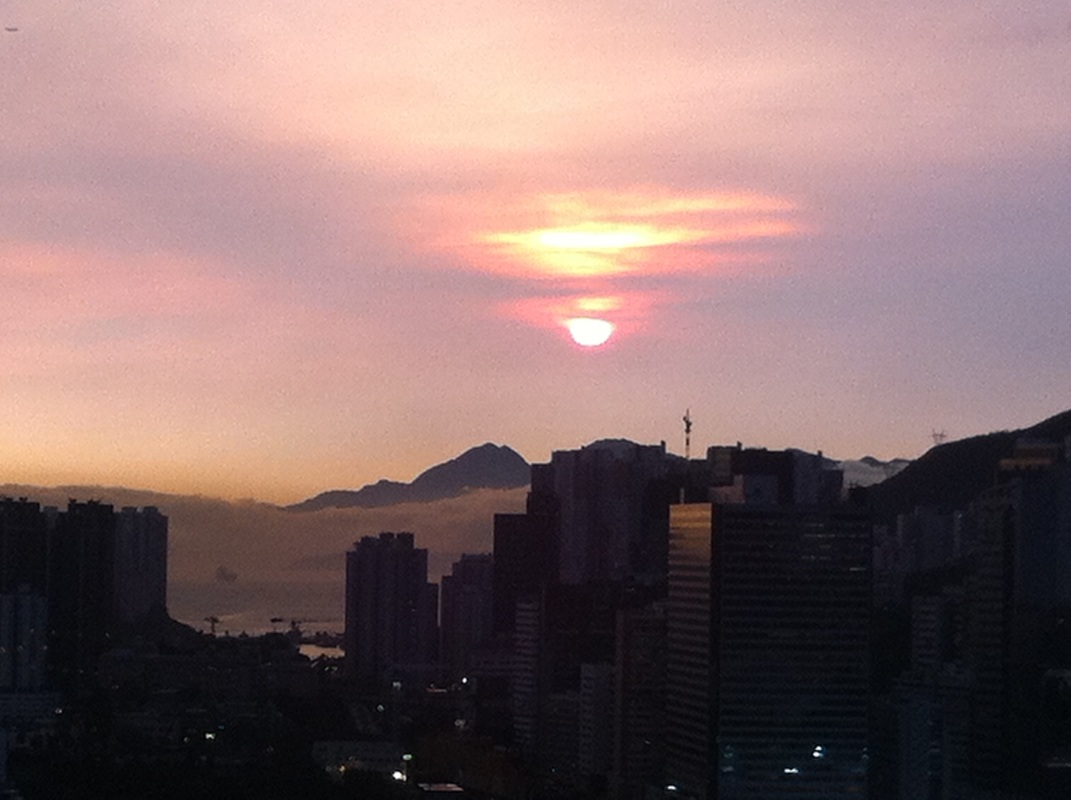 A view of Aberdeen from Charlotte's balcony.